What is the Minimum Wage in Florida in 2021? Trends, History, and Interesting Facts

What is the Minimum Wage in Florida in 2021?

The current minimum hourly rate is a result of the slight increase from the 2020 wage rate of $8.56. The increase by nine cents from January 2021 happened due to the constitutional amendment from 2004 that determined the wage increases to be influenced by the cost of living. As a consequence, there have been some amendments to the minimum wage laws in Florida prior to the beginning of 2021 [1]. 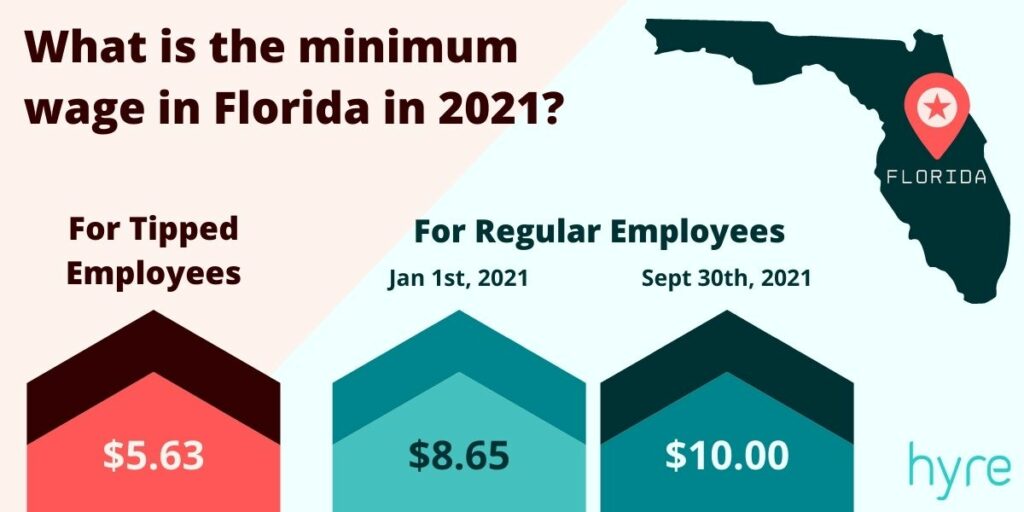 When will the Next Minimum Wage Increase Happen in Florida?

In addition to the recent hourly rate increase, Florida’s minimum wage will experience a series of consistent increases starting with a big jump to $10 effective on September 30th, 2021. This significant change was caused by a constitutional amendment set to eventually reach the state lowest wage rate of $15 per hour by 2026. The increases were determined to take effect yearly rising just by $1 to ensure a steady change [1]. 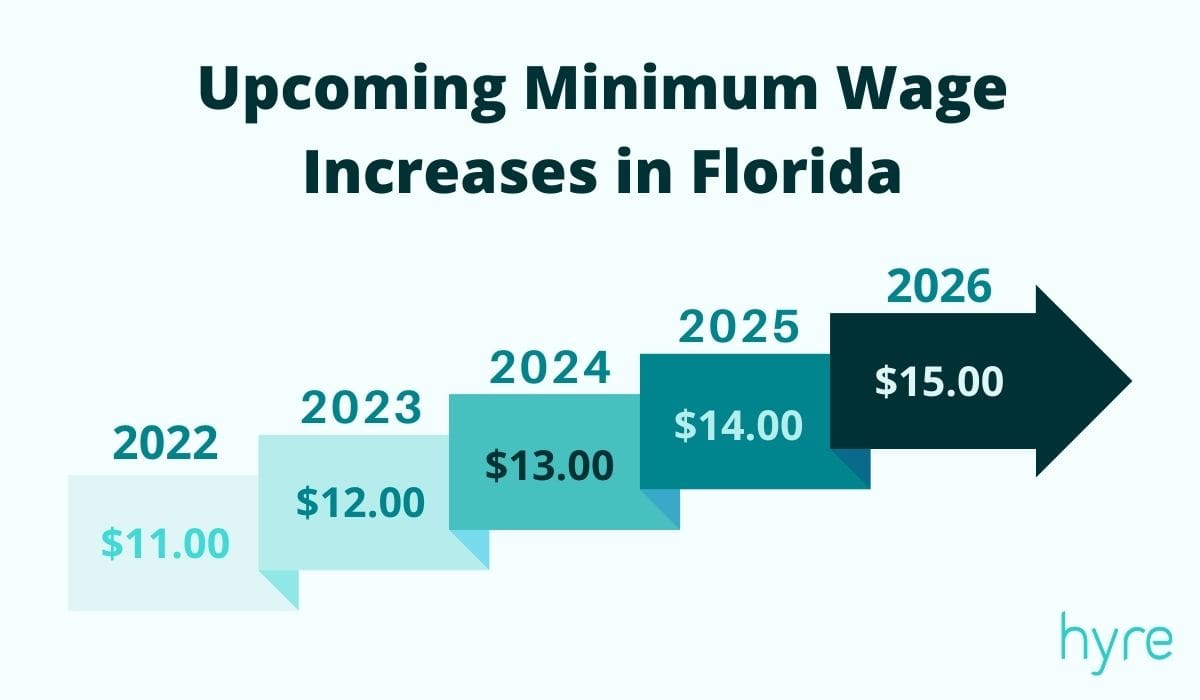 What is the History of Florida’s Minimum Wage? 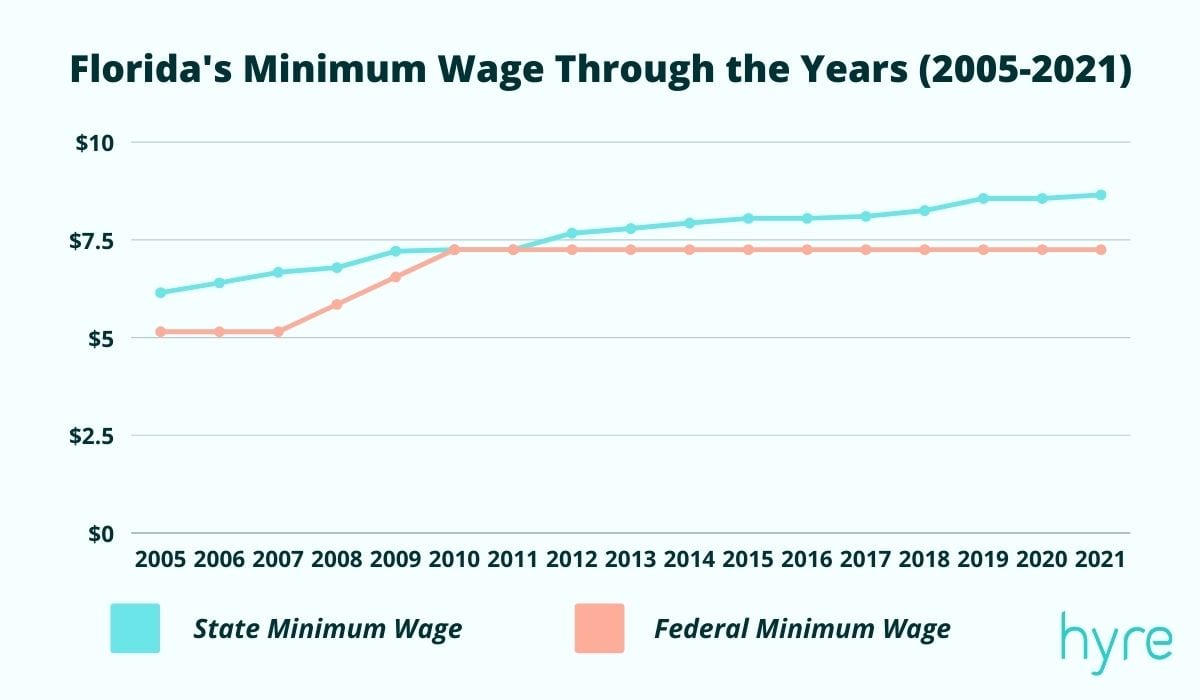 Having experienced a series of small increases, Florida continued beating the federal minimum for the next 5 years. In 2010, Florida’s state wage became the same as the lowest federal rate.

Learn how to use Excel for scheduling and download our shift scheduling template to create your effective weekly schedule in 3 simple steps. 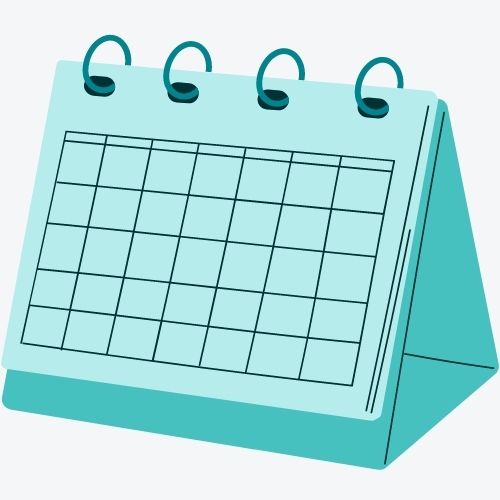 Interesting Facts about the Minimum Wage in Florida

As of January 2020, Florida became one of the 29 other states with a minimum wage higher than the federal minimum [2].
2

Florida is not the only state which has enacted a plan to reach a $15 per hour minimum wage. Other states that have approved the same increase include: California, Connecticut, Illinois, Maryland, Massachusetts, New Jersey and New York [3].
3

In relation to the recent minimum wage law amendments, the Congressional Budget Office released the 2021 report predicting raising the minimum wage to $15 an hour by 2025 could benefit 17 million workers [2].
4

[2] Minimum Wage in the United States

[3] Florida is raising the minimum wage to $15 per hour

Want to up your employee shift scheduling game?